2014 has turned out to be a year that I really feel that I have gained confidence and have started to open up as an artist and experiment with lots of color and a more free abstract style. Oh don't get me wrong, I am still painting dusty old prospectors but in between those prospector pieces or a mountain landscape painting a small colorful fun piece is just the ticket to get the creative juices flowing.  I thought I would share a few of them with you.

Coming up in November 2014, my friend and I will be the featured artist at the local cooperative gallery that I belong to. (City of the World Las Vegas) Jan Harris-Arduini and I haven't yet agreed upon a title for the show or the date for the reception, but we did decided the theme of our show would to demonstrate our belief in the Biblical  Account of Creation.  I just keep coming back to the Latin term "EX NIHILO" which translates "From Nothing".  It is my deep desire to honor my Heavenly Father by giving attention to His Creation and Handiwork.

I'm very excited to be painting some very special pieces specific to this show and I won't be sharing them until we have presented the show but I will also be including some of these small abstract pieces.  I'm planning on being a very busy girl this month.


Posted by Julie Diveley Townsend at 9:17 AM No comments:

AND NOW THERE IS FOUR!

I just wanted to introduce my newest piece in my Nevada Prospector Series.  This one is especially striking because of the 12x36 inch canvas size.  This handsome fella is taking a moment away to set aside his Gold Fever and his dream of Striking it Rich to "Strike a Pose" for this piece.  I hope you enjoy.....check out my website for more of my work at JulieTownsendStudio.com

Posted by Julie Diveley Townsend at 9:56 AM No comments:

Whose Dusting Your Artwork?

It is said that a good thing can't last forever, but my solo library show may have closed at the Centennial Hills Library this week but it is at least going to continue on for most of 2015.  What an honor to be offered by the Clark County Library District to have my solo show "Nevada in Shades of Silver and Gold" to go "ON TOUR".  This means they have offered to show my collection two more times in 2015.  In March to April 2015 the show can be viewed in Laughlin, Nevada and again in August to October 2015 at the Windmill Library here in Las Vegas.  I was told this isn't offered very often and so I'm really touched by this gesture.

The really humorous thing about this "ON TOUR" offer was that yesterday when I arrived at the Centennial Hills Library to pick up my artwork at the pre-arranged time, the assistant art coordinator informed me that the library actually wanted to STORE all my pieces at their art storage facility and I could pick them up at the end of October 2015.  As soon as I recovered from my shock, I kindly declined that offer.  As you can see by this photo I have 19 mostly framed pieces and it is the majority of my inventory.  You might not have thought about the fact that an artist would refer to their art as an inventory but this is exactly what this is.  If you are actively pursuing a career as an artist you have to be prolific with your paintings and at all times have enough pieces ready to hang that your not thrown into apoplexy when an opportunity presents itself to show off your skills.  There are always festivals, juried shows and galleries to keep happy.

I have a heavy presence in 2 local galleries and 2 more galleries that have a number of my smaller works displayed.  This means I have to keep changing out my work so that the public sees new pieces every month or so.  You have to stay fresh, relevant and always evolving when it comes to your work.

My marketing strategy with hanging my work at the library is completely that of "Public Exposure".  I am not allowed to sell any pieces that are part of the display until the display is over.  I'm here to tell you that SELLING art, not SHOWING art is the real goal of an artist.  I am told daily how beautiful my work is and what talent I have, but the ultimate compliment comes when someone is willing to take their hard earned cash and purchase my artwork.

As an artist, I am always looking for the venue that will afford me the most exposure to my target audience.  What art niche have you carved out for yourself and where will you find your collectors?  Maybe they will come to a library, walk through an art festival, read your blog or see your Facebook post.  In 2013 I had my first major exposure by having a magazine article published about my artwork.  It wasn't an art magazine but rather "Gold Prospector Magazine" and that was because of a niche I found and my efforts to think outside the box when it comes to promotion.  I simply sent an email to the editor of the magazine and to my surprise I received a prompt reply.

Another example would be this show...I realized the timeliness of my theme as this coming October 31st is the 150th anniversary of my beloved state achieving statehood.  Since mining and Nevada are often themes of my work, I decided to contact the state committee and have my show designated as an official state sesquicentennial event.  I took that designation and used it as added validation to invite more people to my show.

So I guess my closing thought here today is to always look for opportunities for self promotion and if your artwork needs dusting, let it be dusted by you in your studio where you can get to it rather than collecting dust in a library storage facility somewhere.

If you would like to take a closer look at these pieces all my works, visit my website at JulieTownsendStudio.com 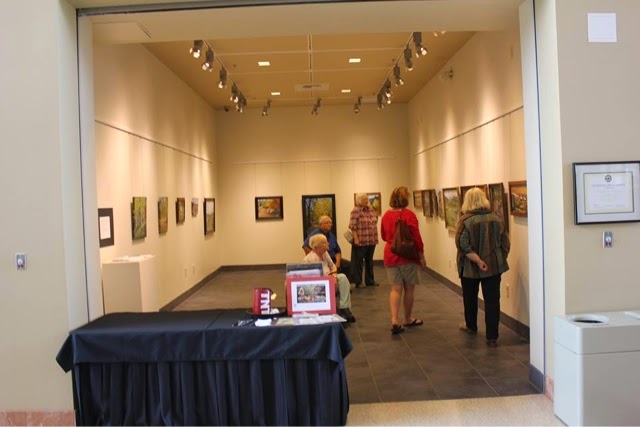 Posted by Julie Diveley Townsend at 9:26 AM No comments:

Accounting and Art- Used to be Like Oil and Water

I  know you have probably heard the term "Creative Finance" but I have just given that term a whole new interpretation.  It is probably hard for many of you to imagine that it would be possible to pull off combining both accounting and art together in the same piece but I think I've accomplished just that here in my new series that I call "Confessions of a Recovering Accountant".

These pieces are both colorful and expressive and yet at the same time simplistic.  For me these 3 pieces represent the sum of my professional life after spending 30+ years in some capacity doing bookkeeping, accounting and business administration.  At times, I consider with some regret those years where art was for me but a distant memory of a youthful passion.  I feared that somehow that ability to be creative had totally disappeared and I would never get it back.  People that I had worked with side by side for years had no idea that I had once possessed a hidden talent to draw and paint and now they express shock as they come to visit my solo shows or the galleries where my art hangs.

In less than two years, my life really has changed drastically.  Rather than stressing over the accounts receivable collections report, balancing the general ledger or working to prepare my monthly board presentation, I am now always working on a current painting, planning a new painting, sitting a gallery or sketching in my journal.  This series has been so freeing to me and I already have ideas to includes several more pieces. I have ideas to include my beloved Monroe 10 Key and another that I have already titled "Cooking the Books".

To check out these and my other works, please visit my website at JulieTownsendStudio.com

Posted by Julie Diveley Townsend at 8:13 AM No comments: 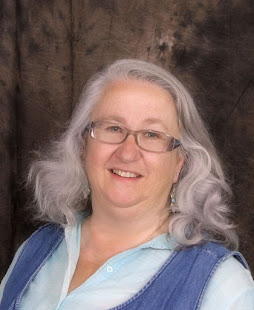